“Surely spring has been returned to me, this time not as a lover but a messenger of death, yet it is still spring, it is still meant tenderly.”     Louise Glück 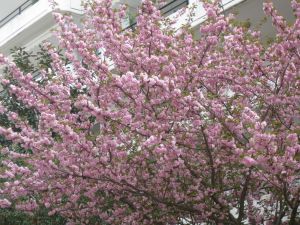 It’s been a bleak winter, not without its splashes of light. The spring’s longer days feel a little like unexpected coins in a mud puddle. Wishful thinking. In Athens the scent of lemon and orange blossoms perfumes the air, and sometimes so powerfully that I find myself pausing to take deep breaths. A radio channel aired George Papandreou’s voice two days ago, the fifth anniversary of the signing of the IMF agreement. He promised all the good things this was going to do for Greece: recovery and economic possibilities. Instead it’s been a pretty steady downhill slide in terms of recovery though there have been some signs of life. There are always signs of life. Like the scent of blossoms from the trees, but what’s unclear is how any this is going to begin the steady if gradual building toward a more hopeful future. From a layperson’s point of view, it seems like all the wrong turns were taken at the wrong times. What the Syriza government is doing, calling the bluff so to speak on the policies of austerity — the slashing of already dwindled pensions, hiked taxes on property, among other cuts/increases – should have been negotiated from the beginning. Personally, the G. Papandreou govt., and the K. Karamalis govt. before him really took the responsibility (or didn’t) for how we reached this low point. G.P., for example had ministers who have admitted to not having read the IMF documents before signing them. Anyway, it’s water under the bridge, and the bridge is about to be pulled under in the tide. Now the Tsipras government was elected because the previous governments 1) did nothing to bring culpability to the individuals or groups who siphoned off EU loans for personal &/or self-interested purposes bringing the country to its debt-gutted present 2) took the country further down the path of zero-growth since none of the stimulus packages stimulated what they were supposed to. I don’t think the Tsipras government is managing very well either because 1) the discourse being used is at odds with other Eurozone members who are stolid neoliberals holding on, tooth & nail, to the neoliberal dream, even if it’s a nightmare for some, and 2) they suffer from age-old hubris – I mean no matter how righteous the cause, why would people with power and all the reins in their hands simply hand over a rein or two to newly elected politicians who keep telling them that everything they’ve done, historically and otherwise, is wrong. I was talking to a friend and she said, “If someone was negotiating with a party of a completely different ideology would you waste your time telling them they weren’t being democratic if that wasn’t a priority to begin with.” There are at least two kinds of languages, let alone ideologies, that this government has to navigate, a kind of Eurozone-speak that emphasizes unity, and the Greece-can’t-take-anymore-austerity view. For the Eurozone these are mutually exclusive discourses, or so it seems. Within the government itself there are, crudely, three groups, hardcore Stalinists who hark back to the hauntings of a post Civil War period, old PASOK members who want the old unions and are worried about being implicated in EU loan dealings, and center-left Europeanists who want reform, and growth, but not at any cost. The radical left-wingers want out of the IMF/Troika no matter the cost, the majority though, including Tsipras, want to stay in the Eurozone with its currency, but are unwilling to continue in the “business-as-usual” manner of the previous governments. The ironies are many. One of the critical outcomes of a globalized economy has been how capital gain is prioritized over the sovereignty of nation states. The Greek crisis has dramatized the near-impossibility of equal consideration for all parties involved in the EU federation, despite the rhetoric that suggests otherwise. The question that this impasse has foregrounded is whether that will lead to a further leveling of democratic processes and their implied assumption that we keep ourselves in dialogue with our differences for the good of all. While Mr. Dijsselbloem, as chair of the Eurogroup now in session in Riga says to Mr. Varoufakis, “Yanis, you don’t tell us what we want to hear.” Maybe more should be said about what needs to be heard all around so our bridges don’t go entirely under. Recent articles of note: Mark Weisbrot, “European officials may be pushing regime change in Greece”  Nikos Konstandaras, “Greece’s Eerie Calm”  Paul Krugman, “Greece on the Brink” Robin Emmott and Ingrid Melander, “Isolated in debt talks…”

Author of three poetry collections, a book of essays, Ruin, Essays in Exilic Living, and most recently, A History of Too Much (Red Hen Press 2018).
View all posts by akalfopoulou →
This entry was posted in Uncategorized and tagged Athens; austerity; Eurozone;, SYRIZA. Bookmark the permalink.