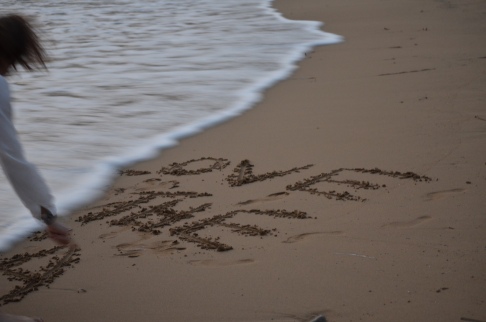 … this is sea, and you, flotsam, tossed, gorgeous

reds over blues over earth

I suppose it is in the nature of summer to be moved; perhaps concretely to be taken by the wave of the literal and metaphorical sea. For me the moves and movements of summer, literal and metaphorical, brought, too (as often happens to me) angst at that unhinging. But also a yearning towards it. In a year heavy with the sufferings of austerity, Athens’ wounds bared themselves brutally as government bodies and the like continued their oblivious, indifferent platitudes like a wound duck’s quack in the midst of true pain. There is, always I think, the double bind in any journeying away from devastation. Is one betraying the place, location, of one’s wounding? To forget it? To move beyond it? Become more than it? All of that.

Like sea that eats the shore, wind that leaves its ridged markings in the thousands of nights and nights and days of travel over surfaces of stone, what we are touched by will leave imprints. I am wary of this. Traveling north again, to Freiburg’s lovely streams and river, its idyllic scenes of picnicking couples and families by the Dreisam. After Athens. Because of Athens. I had so much unfinished work with me (… reading the Timaeus that would keep me located?). But all is eclipsed by the new place, another layering. Other stories. Would these undermine the stories I had arrived with?

In The Art of Time in Memoir, Sven Birkerts writes of the difficulty of “living the kinds of lives that can be given contour and written about.” He is talking about “our electronic extensions” that challenge an ability to be entirely of, and in, the moment: “For one thing, our dealings with others are at every level more complexly mediated.” Mediated then by where we have come from, where we are headed. My colleagues in the summer program, writers, arrive from their own distances. We spend evenings talking. The rain caught us one night outside a tapas bar. We moved into a space suddenly crowded with people. On one TV screen was the news in German, on another wall, in black and white was a couple having sex. “Is that what I’m seeing?” D asked. I turned to look at the other screen. Indeed. People were not paying much attention to it either. “You see,” she went on, “this would never be treated so casually in the States.” We talked of her time in Germany, of the casualness and informality of swimming naked, of children’s less self-conscious nudity; our conversations wove between places, time, locations de-centered, or re-centered in these bridgings. My trying to explain the situation in Greece, particularly regarding health care – D saying how much money is paid into health insurances in the US. Assumptions of what the state’s role is, or should be. We concluded we were fucked in different ways (some subliminal expression of what was going on over the plasma screen?); we called the first world “the fortunately fucked” and I was tempted to title the post with the phrase. The fortunately fucked being those with choices, and privileges, but ultimately how privileged is anyone when you realize basic assumptions of integrity, truth, and freedom of speech are being radically compromised by an administration voted in for its “audacity of hope” who have punished anyone with the guts to call them on their hypocrisies, not to say crimes against humanity: the latest in what’s starting to look like a mania for sentencing the audacious for hope while rewarding those destroying it, is Bradley, or Chelsea, Manning’s sentencing for making public what was happening in Iraq and people randomly, or collaterally, killed. This sentencing just over a month after George Zimmerman’s July 14 acquittal for the Trayvor Martin killing.

“So we’re the less-fortunately fucked,” I say, in that there are no illusions here. Here is “where”? The space where we can still draw a line between a collective not seduced by the rhetoric of interests that are simply not representing (let alone completely opposed to) the common good. This is, I think, a new turn in the history of ideology – well, maybe not as writers like Orwell, Huxley, and Bradbury saw it coming. But here we are, threatened by the larger dis-locations from a sense of what it really means to feel ourselves participants, in our moments, living them. Rather than being pawns of forces bent on privileging certain values over others. But here’s the rub, what are those values? It’s a sincere question. I get “personalized” emails from Obama, as do so many thousands of others when there is absolutely nothing personal about them. “Dear Adrianne, Michelle and I…” a colleague of mine, a linguist, is doing a paper on Obama’s emails to “us.” So back to “us”; the “us” who does not want, or militantly refuses, to be manipulated.

That “us” which “In Sickness and in Debt” (as the BBC coverage aptly titled a recent report on Greece in their “Our World” series) speaks for a majority beyond the few http://www.youtube.com/watch?v=Cxsyt-lrisQ. It is a tragic but cynical irony that the country that adopted the notion of antiquity’s democracy and applied it so earnestly to its own audacities is the one dismantling the very premise on which those hopes built themselves. You really can’t build consensus without trust in a system. Of course there are still those who are bleary eyed. In my various summer encounters, one person said, “I’m sorry to see the Greeks aren’t smiling any more.” I bit my tongue.

Author of three poetry collections, a book of essays, Ruin, Essays in Exilic Living, and most recently, A History of Too Much (Red Hen Press 2018).
View all posts by akalfopoulou →
This entry was posted in Uncategorized and tagged Bradley Manning. Democracy. Greece in Crisis. Bookmark the permalink.